You can try the original tut (a three-parter) at: NVitanovic’s Channel.

Things I had to deal with that I didn’t have to in the JS version: 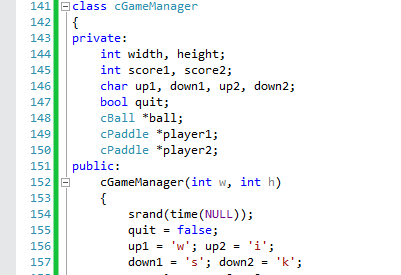 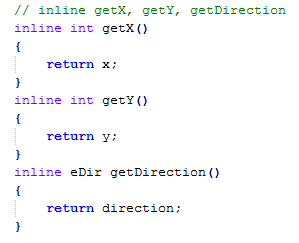 First we tested that the ball function worked

Then we tested that the paddle function worked 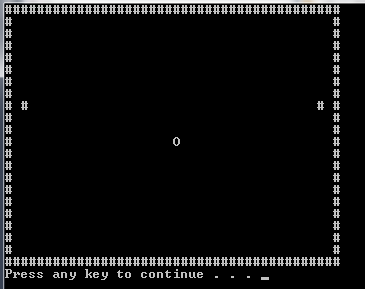 This is where we inserted using Charmap, to get better images for the paddle (\xDB) and walls (\xB2) 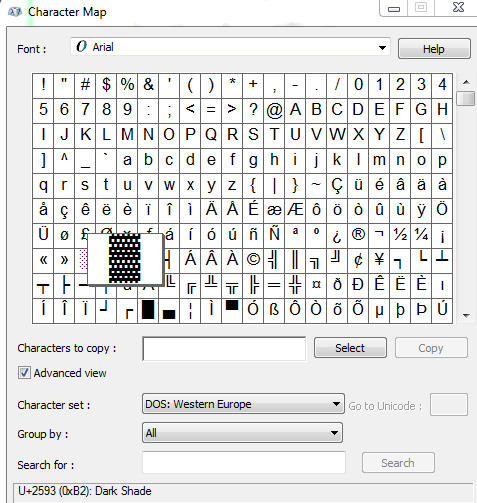 Test One (Before CharMap) -> CharMap not on Bottom Wall 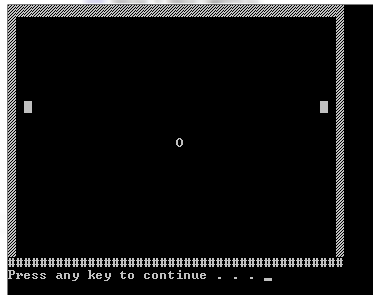 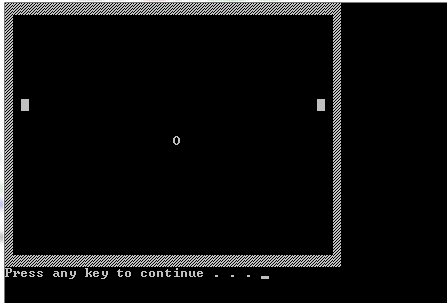 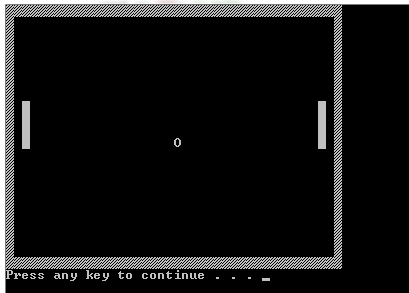 Finally, we added and tested the score function. Game on! 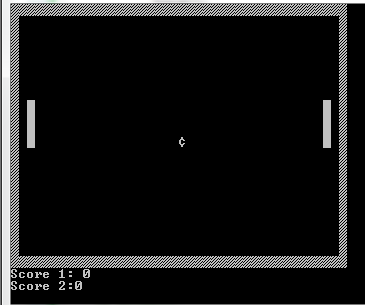 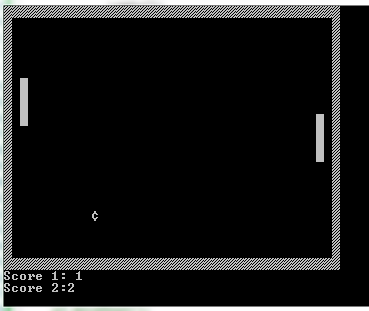